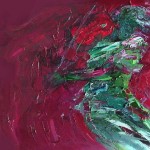 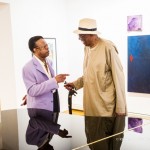 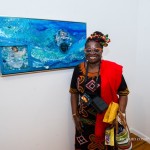 Our Panelists: This was an exceptional event! 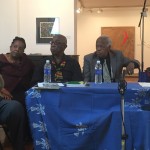 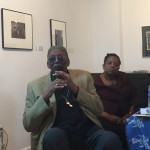 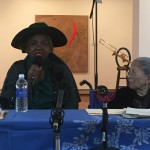 It is such a pleasure to collaborate with Kenkeleba House. It seems we have always been aware of the iconic couple:  fine artist Joe Overstreet and his wife Corrine Jennings. They are fine art and have long associations with the Black Arts Community and far beyond. Their knowledge of art, music, artistic and musical history is profound and their activism is legend.

Established in 1974 as an Alternative Space dedicated to supporting African American art, Kenkeleba is also a pioneer in developing multicultural programming. Kenkeleba House presents the work of emerging, mid-career, and mature artists. It also provides needed opportunities for those artists who may not have commercial representation. Kenkeleba supports experimental work and interdisciplinary programs that feature the visual arts along with literature and music.

Kenkeleba presents contemporary and historical visual art in solo or group exhibits. It has circulated local, regional, national, and international exhibitions and provided art events for churches, libraries, community centers, and galleries. Kenkeleba has developed extensive archives and provides research material for publications and other institutions. In its history, they have exhibited more than 6000 artists, produced 22 art catalogs, and many public programs, artist talks, seminars, lectures, and educational programs for children and adults.

As exquisite space, the Wilmer Jennings Gallery operates across the street from Kenkeleba House at 219 East Second Street, near Avenue B.

For this Exhibition, our Curator was Ed Sherman. Also a photographer and videographer, as well as an arts administrator, Ed has been widely exhibited nationally and internationally. Mr. Sherman was the national and New York President of the National Conference of Artists and is currently a board member of NCANY. The National Conference of Artists is the oldest continuously operating African American visual arts organization in the United States. Founded in 1959, the New York chapter was formed in 1973. The Exhibition “Visions, Roots & Rhythms” continued through November 8, 2014. We hope Ed Sherman will share more images from this extraordinary event in the new year.